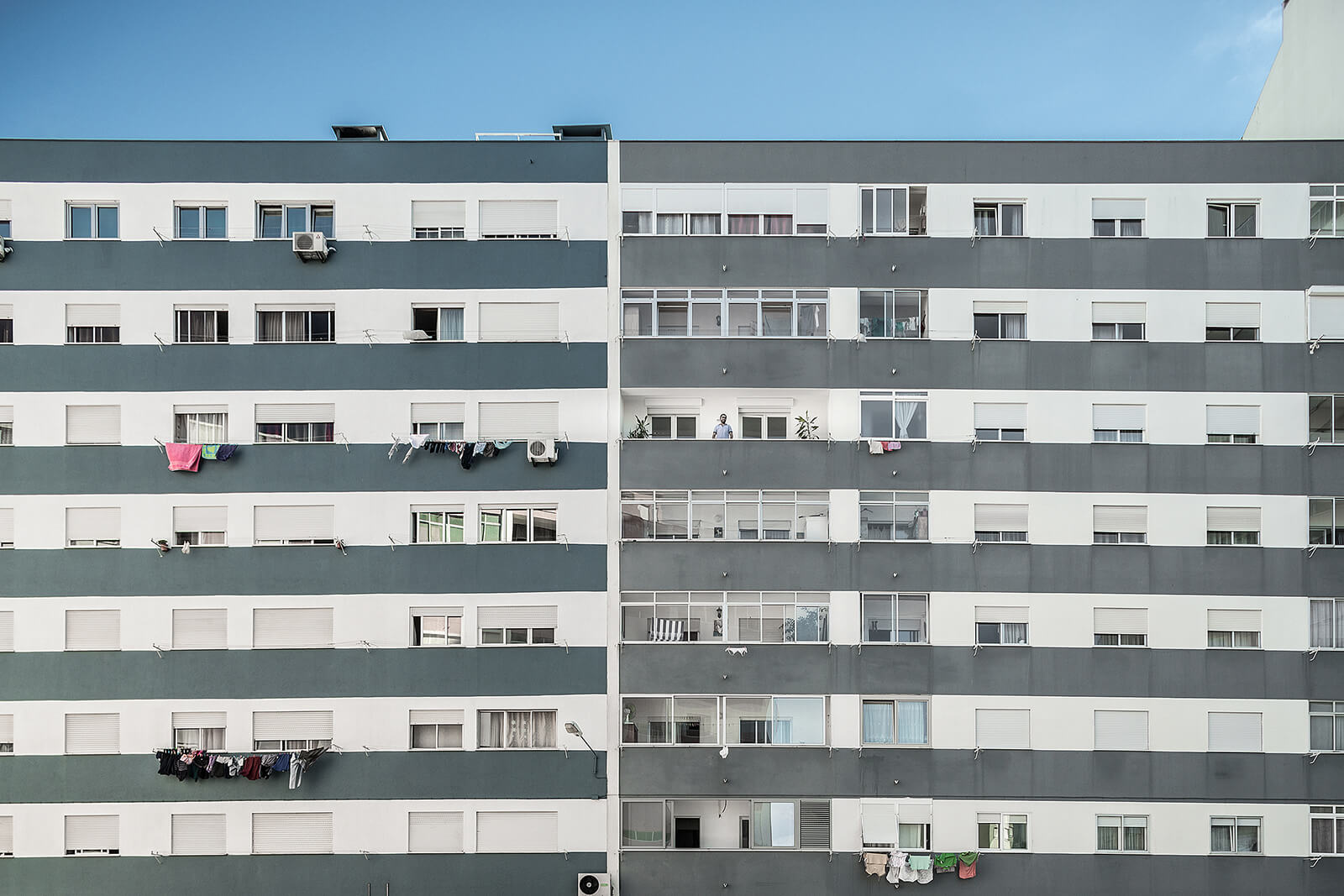 Pontinha is a peripheral area of Lisbon, characterised by anonymous residential buildings, built mostly in the 1980s. Our project sought to adapt an apparently uninteresting apartment into a decent contemporary living area. On the exterior, we reopened the balconies which had been encased in aluminium frames, and we improved the thermal comfort of the facade. 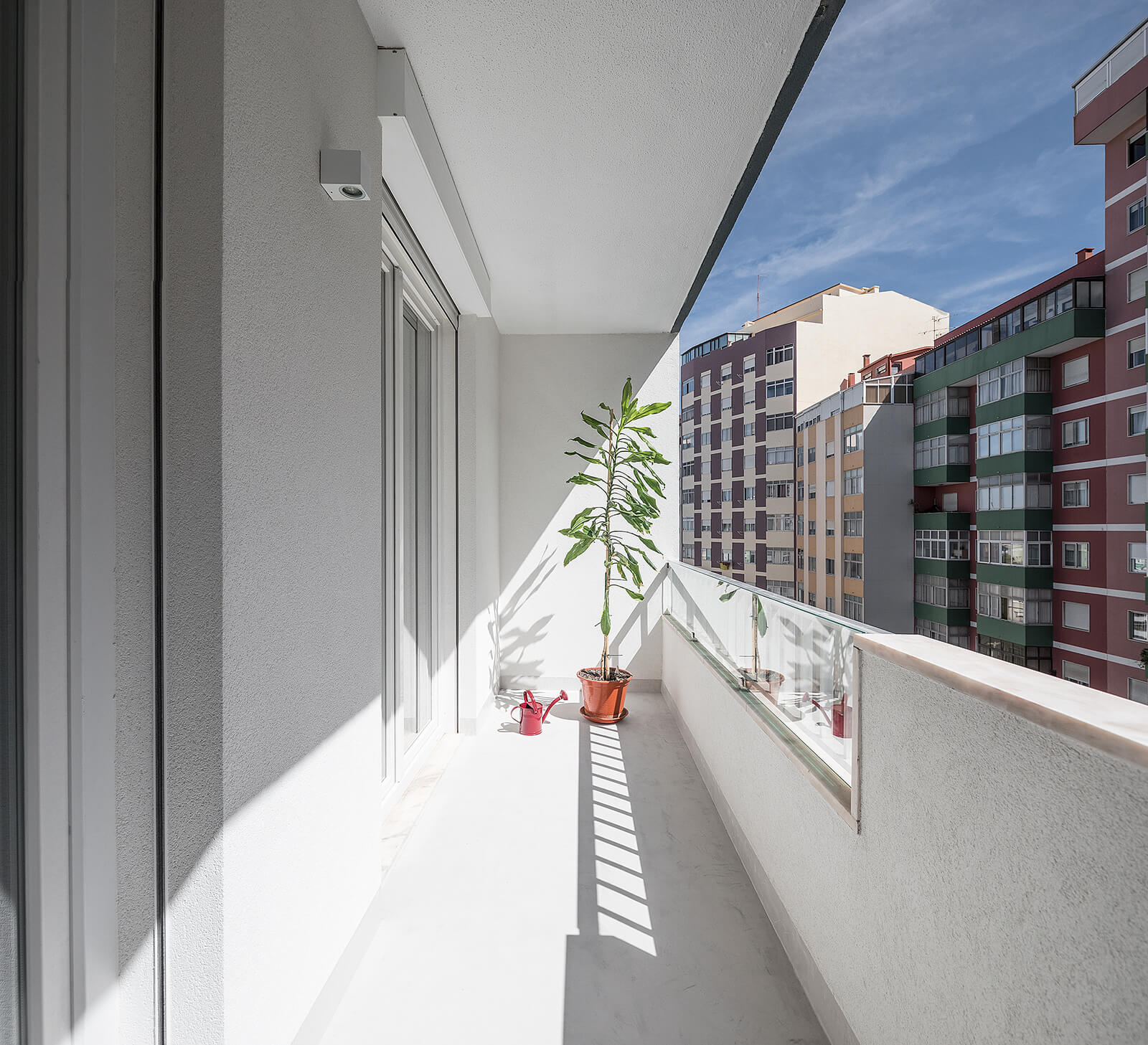 Inside the flat, we reconfigured the layout by taking the existing structural clarity (prominent concrete pillars and beams) as a starting point. The spatial distribution is based around a hall, which connects the social side of the apartment to the more private side. 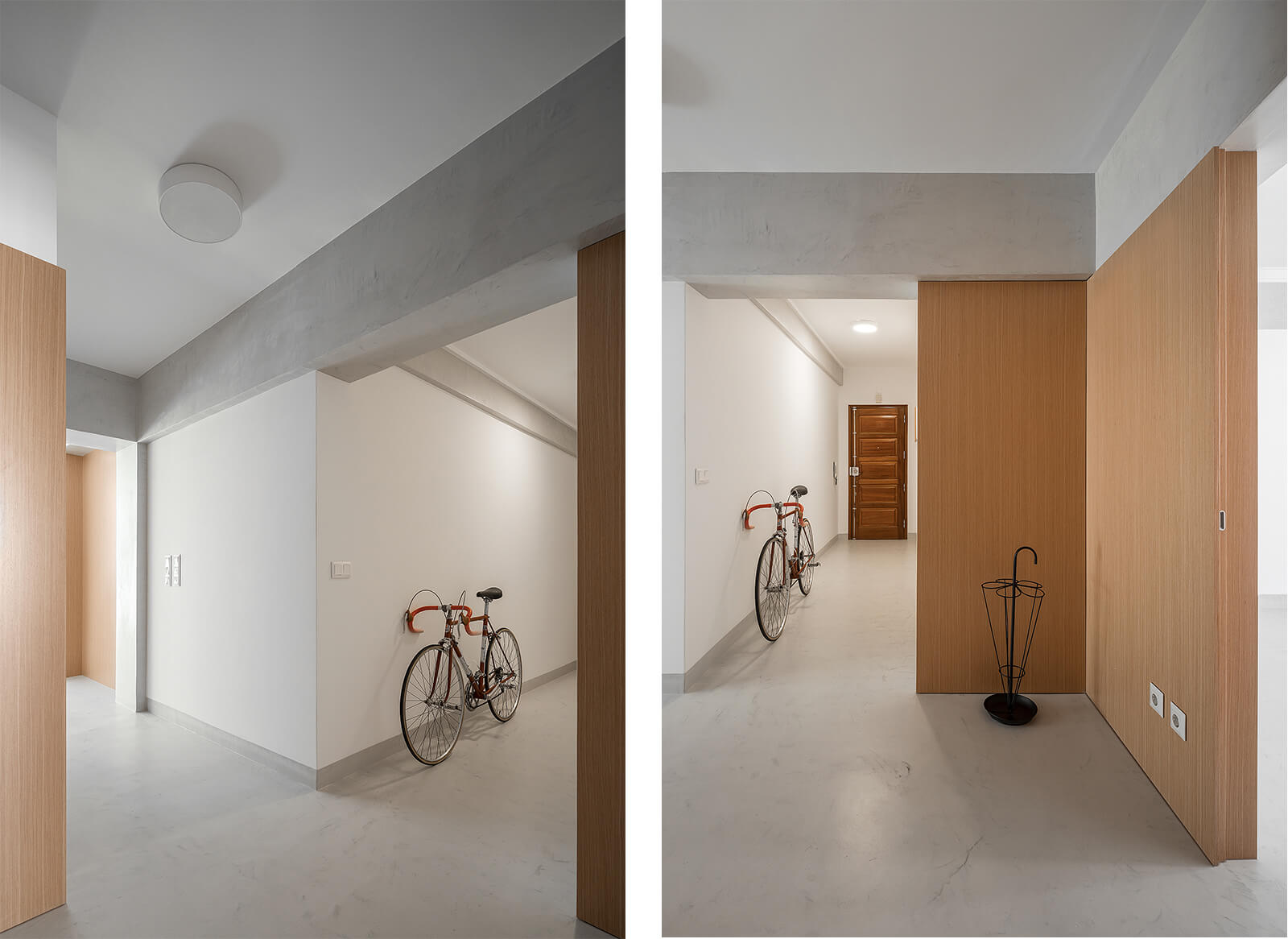 The living room and kitchen have been joined, and are subtly linked by a bar which defines the eating and living areas. 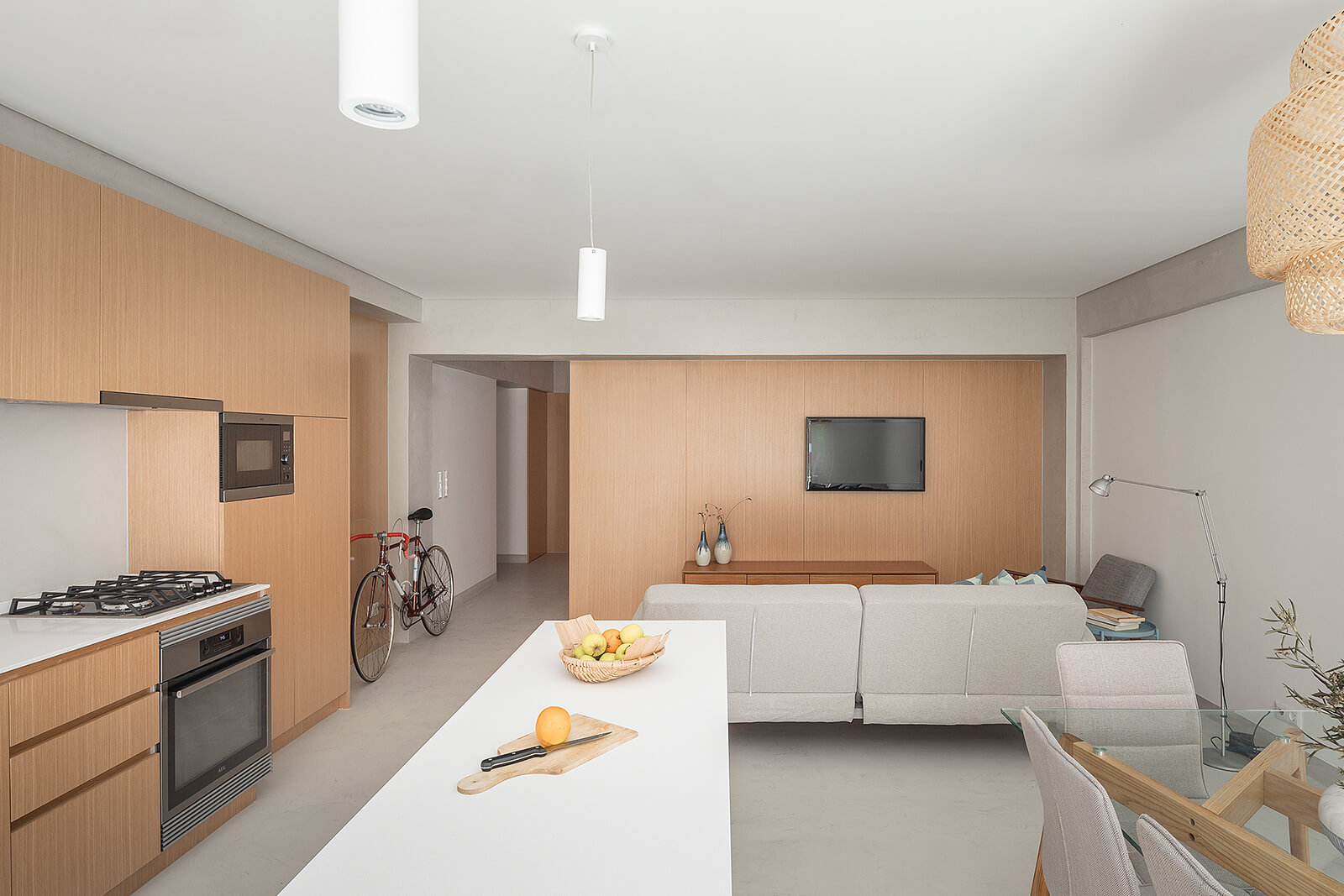 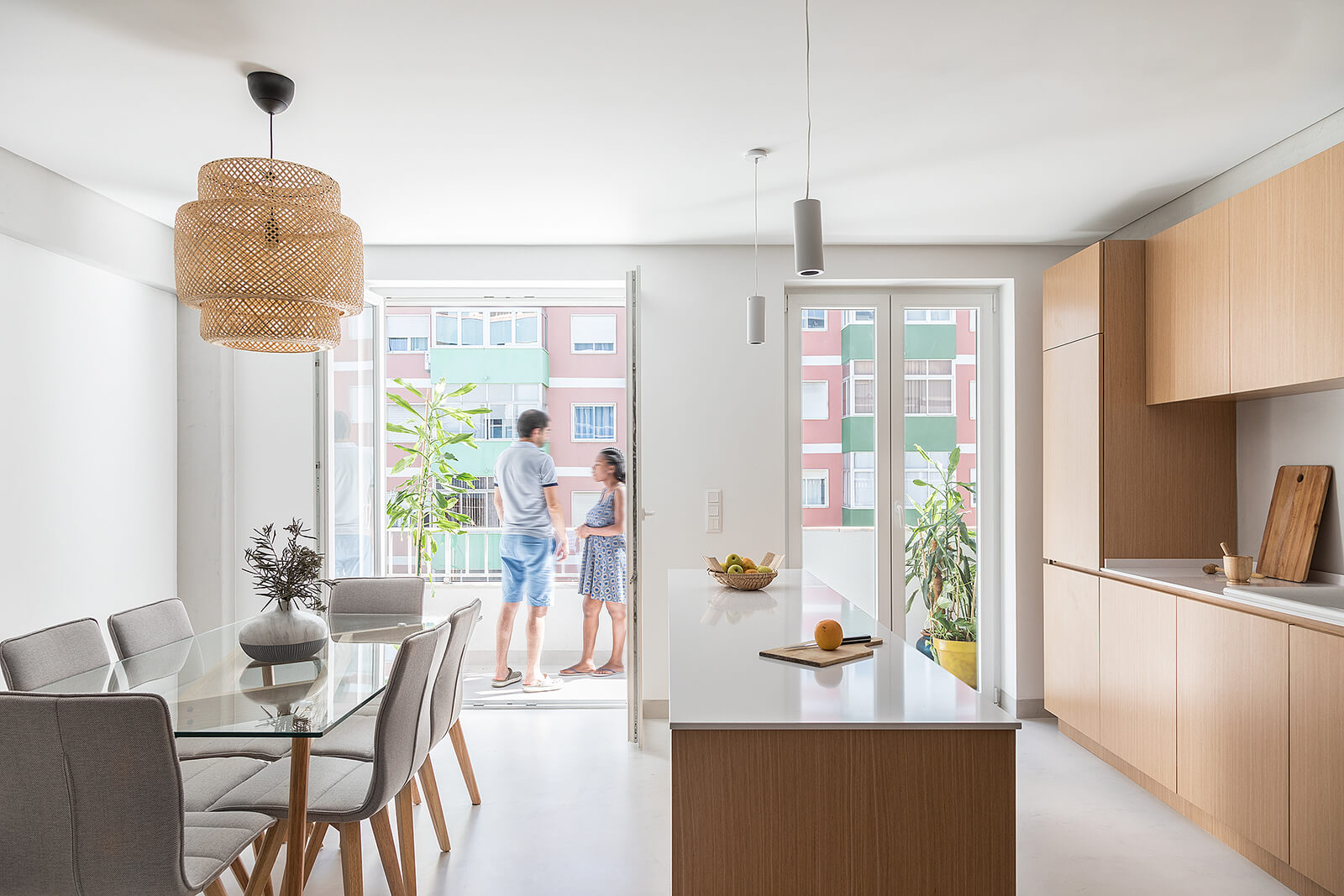 The clarity and coolness of the structural elements contrasts with the cosyness of the wooden panels which line the walls. 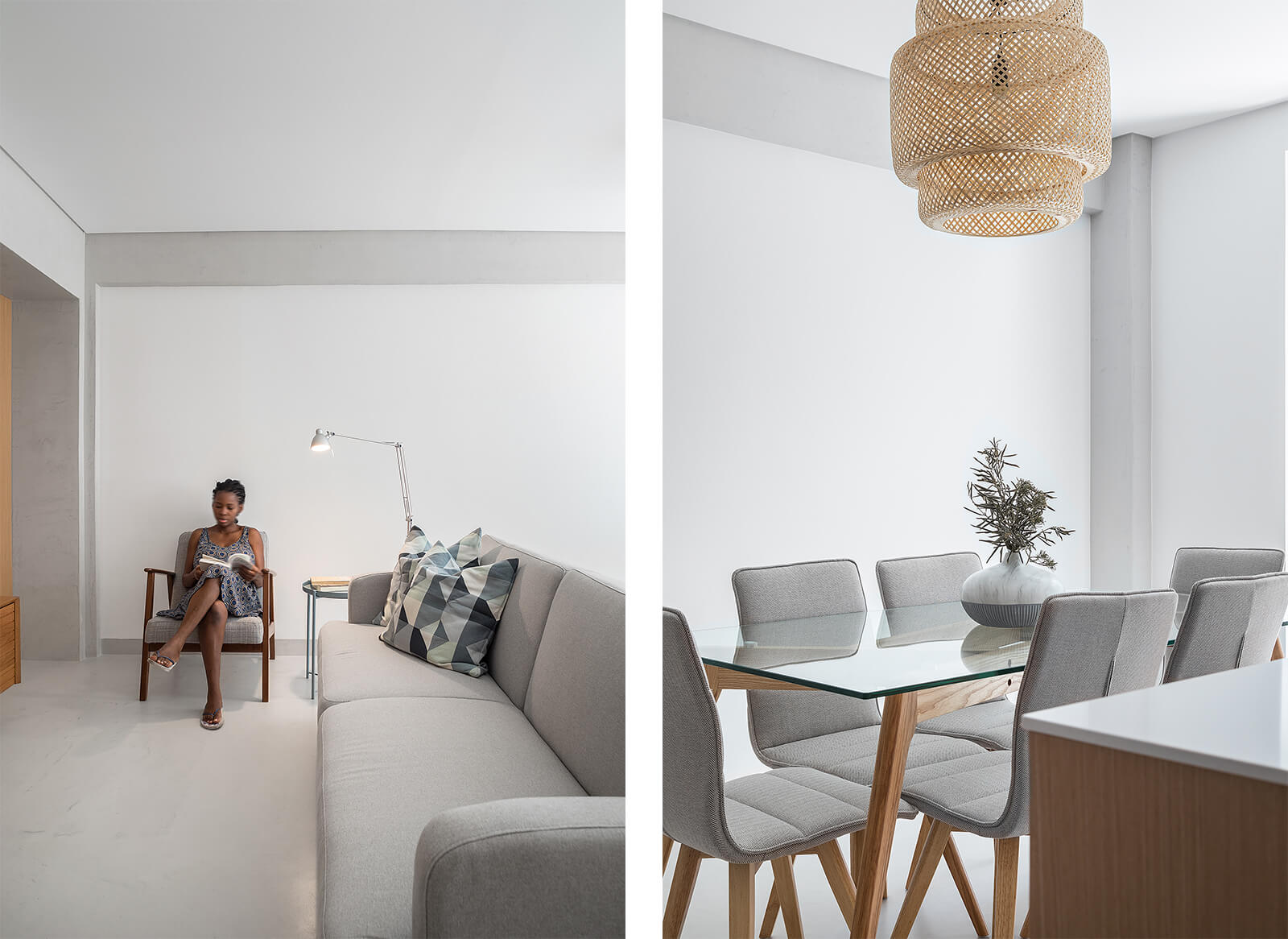 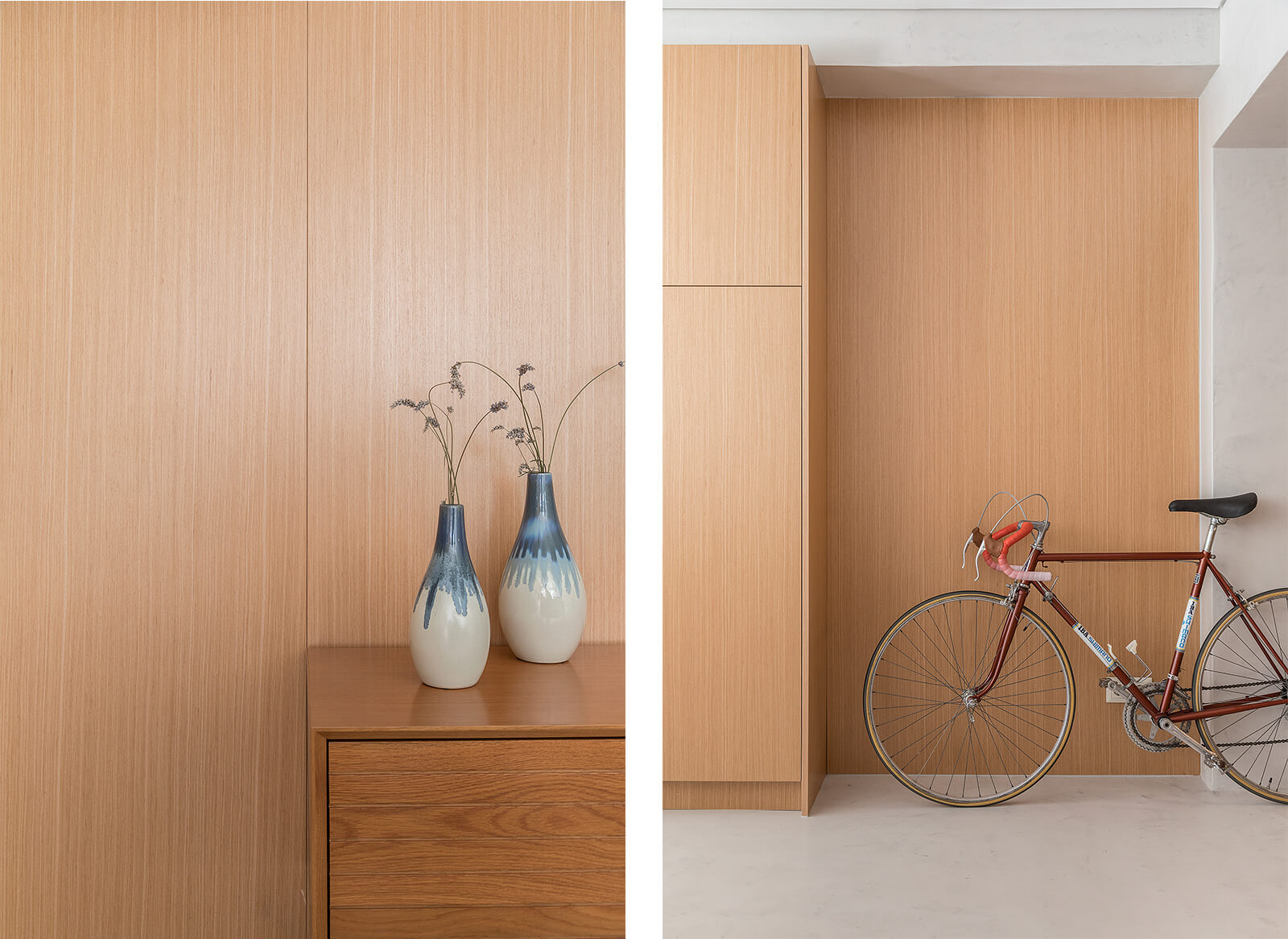 The two bedrooms are divided by the only pre-existing wall which was kept from the original layout. 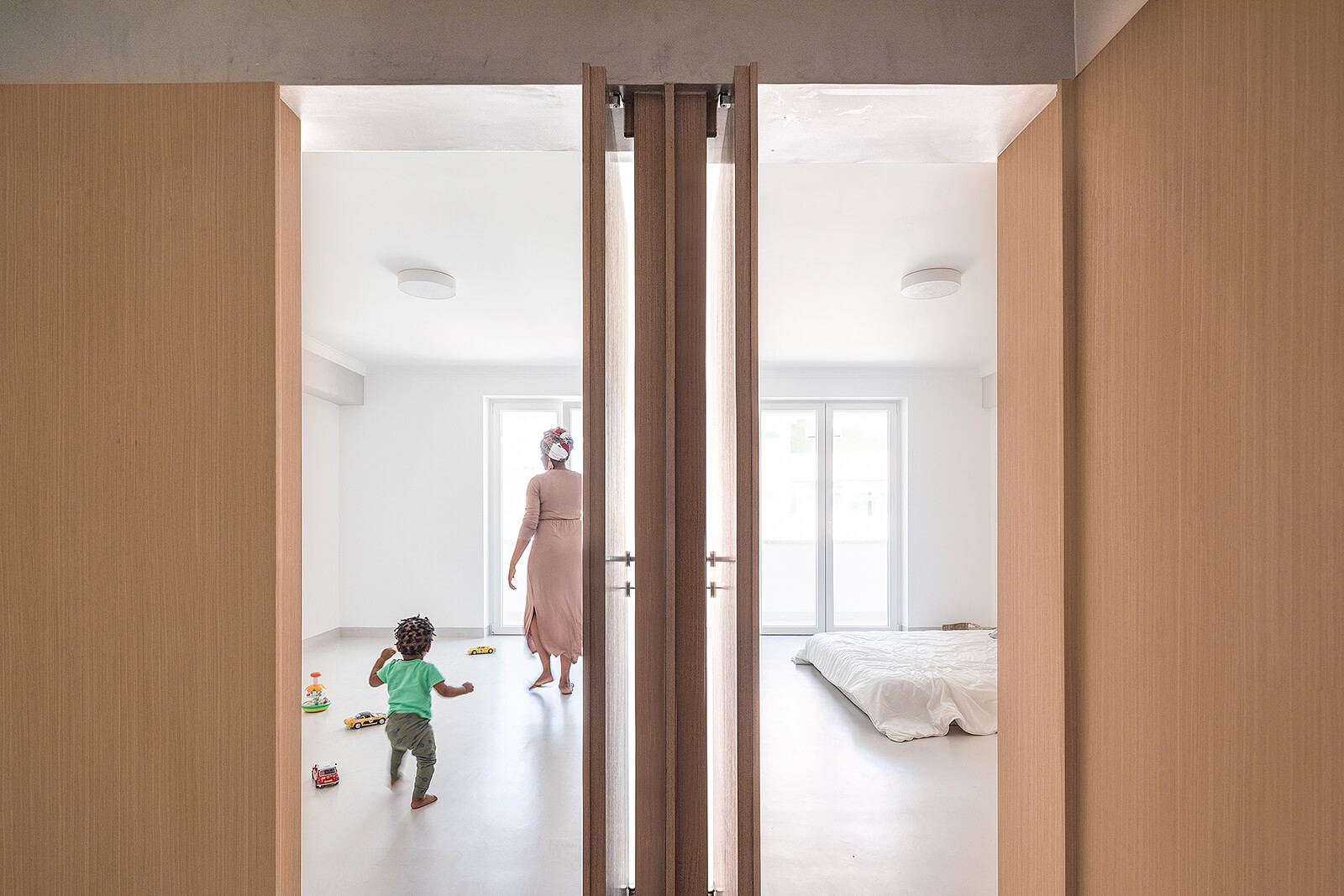 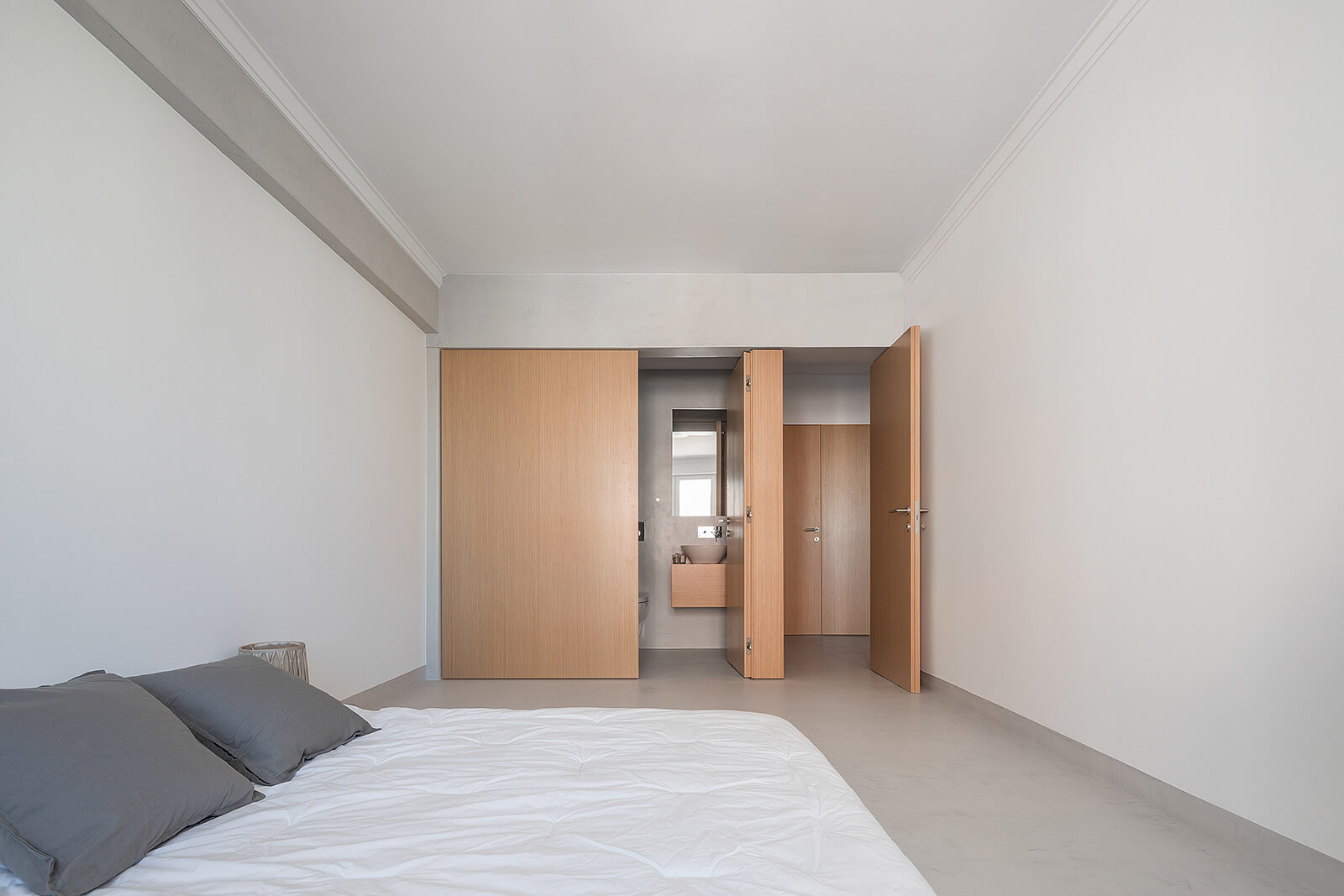 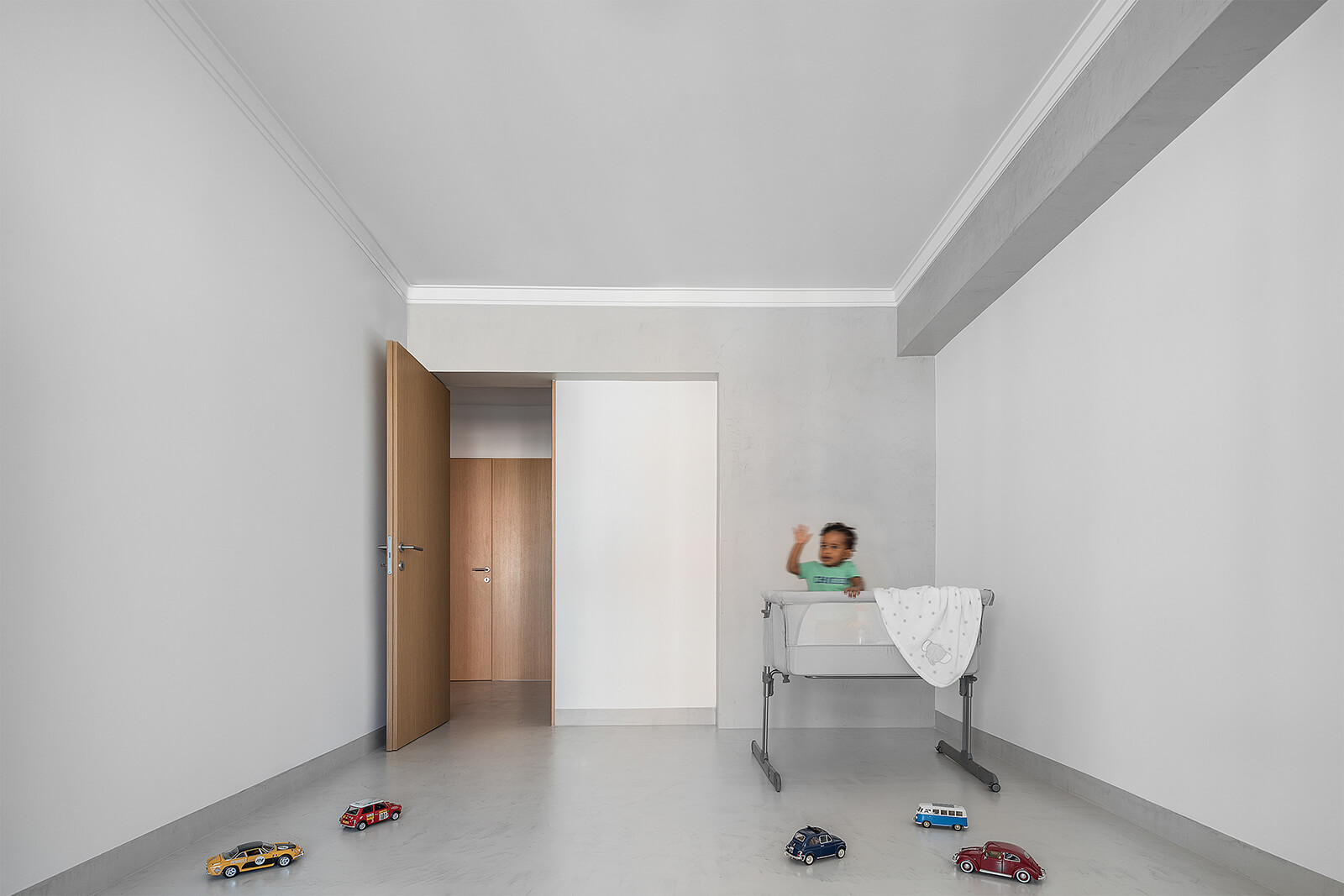 The service areas form a central core. By redesigning the existing toilet, we managed to include a small laundry room and a second toilet (linked to the suite) in the apartment. 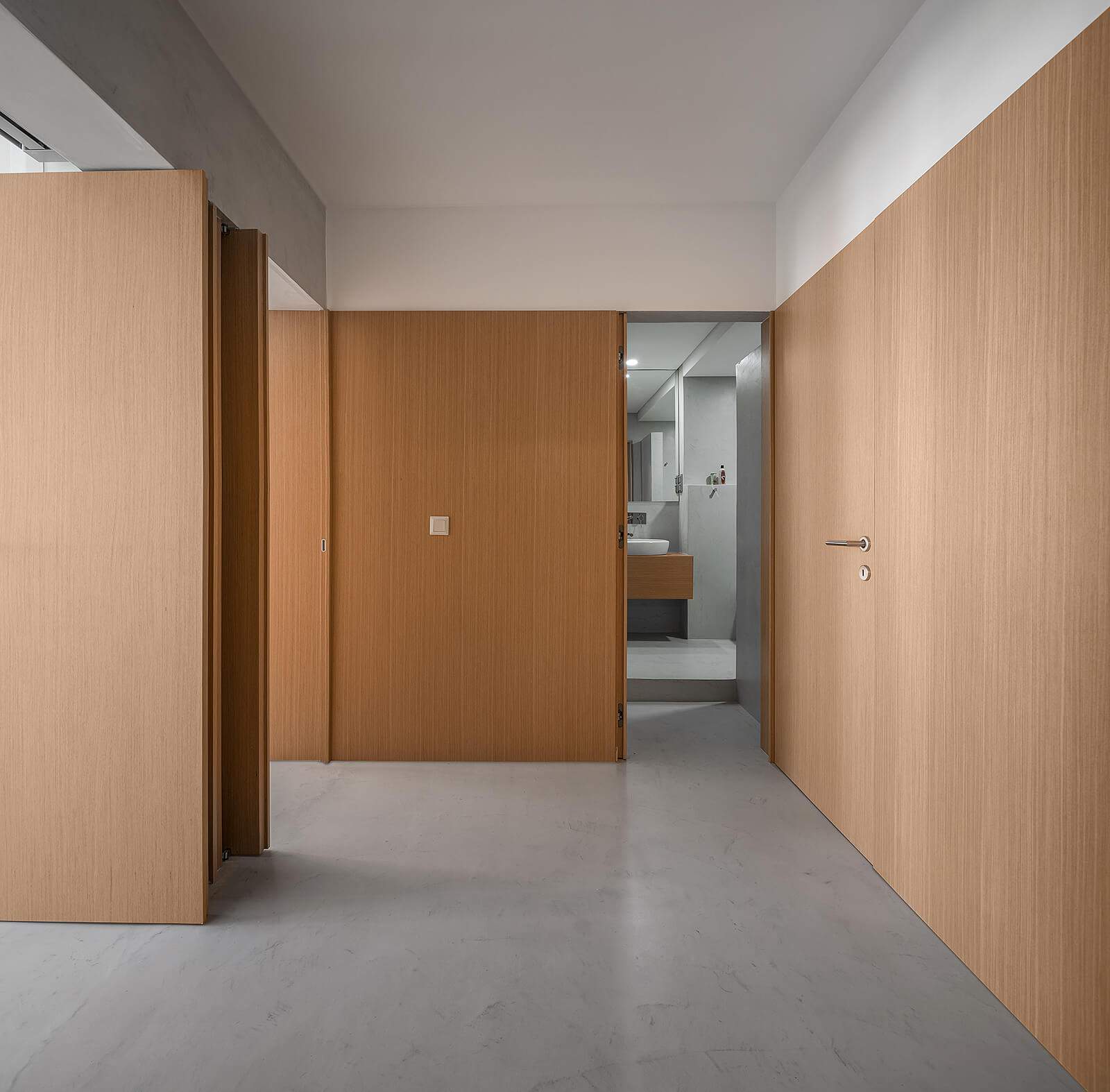 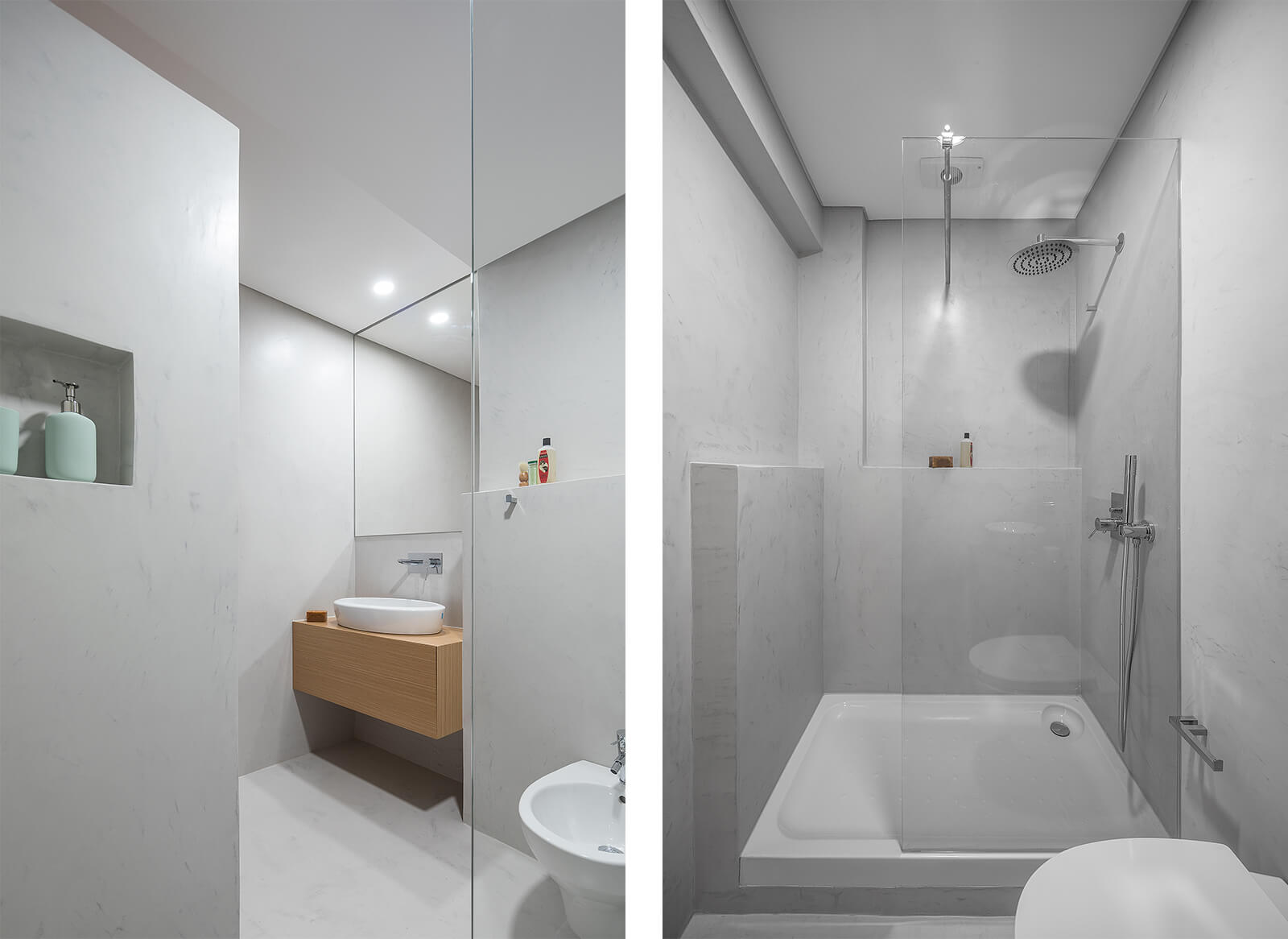 This intervention demonstrates that it is possible to mitigate the architectural shortcomings of suburban buildings by reducing the excess of rooms and corners, distributing the various functions more efficiently, and removing the infamous ‘marquises’ (awnings), which spread throughout  the vast majority of suburban balconies. 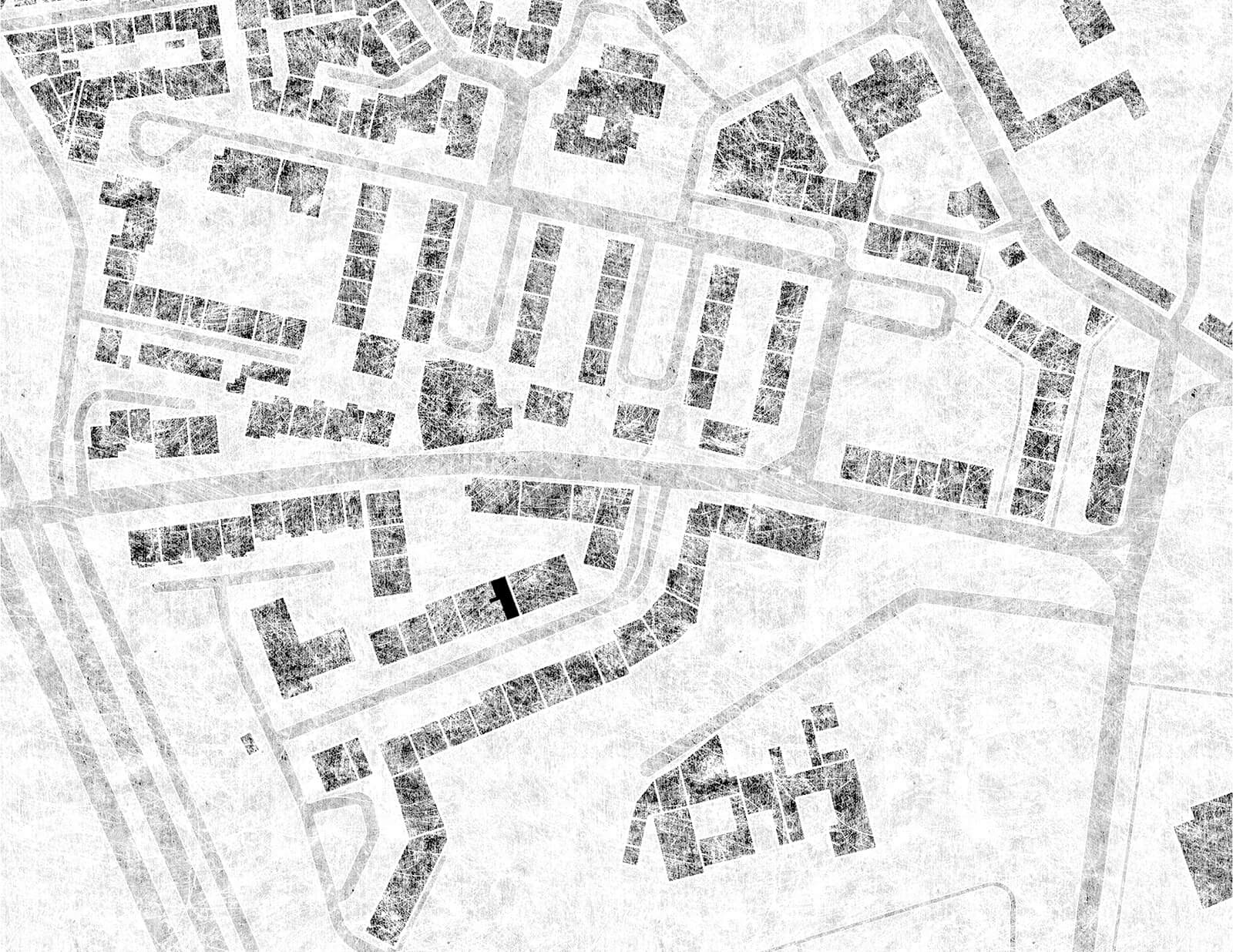 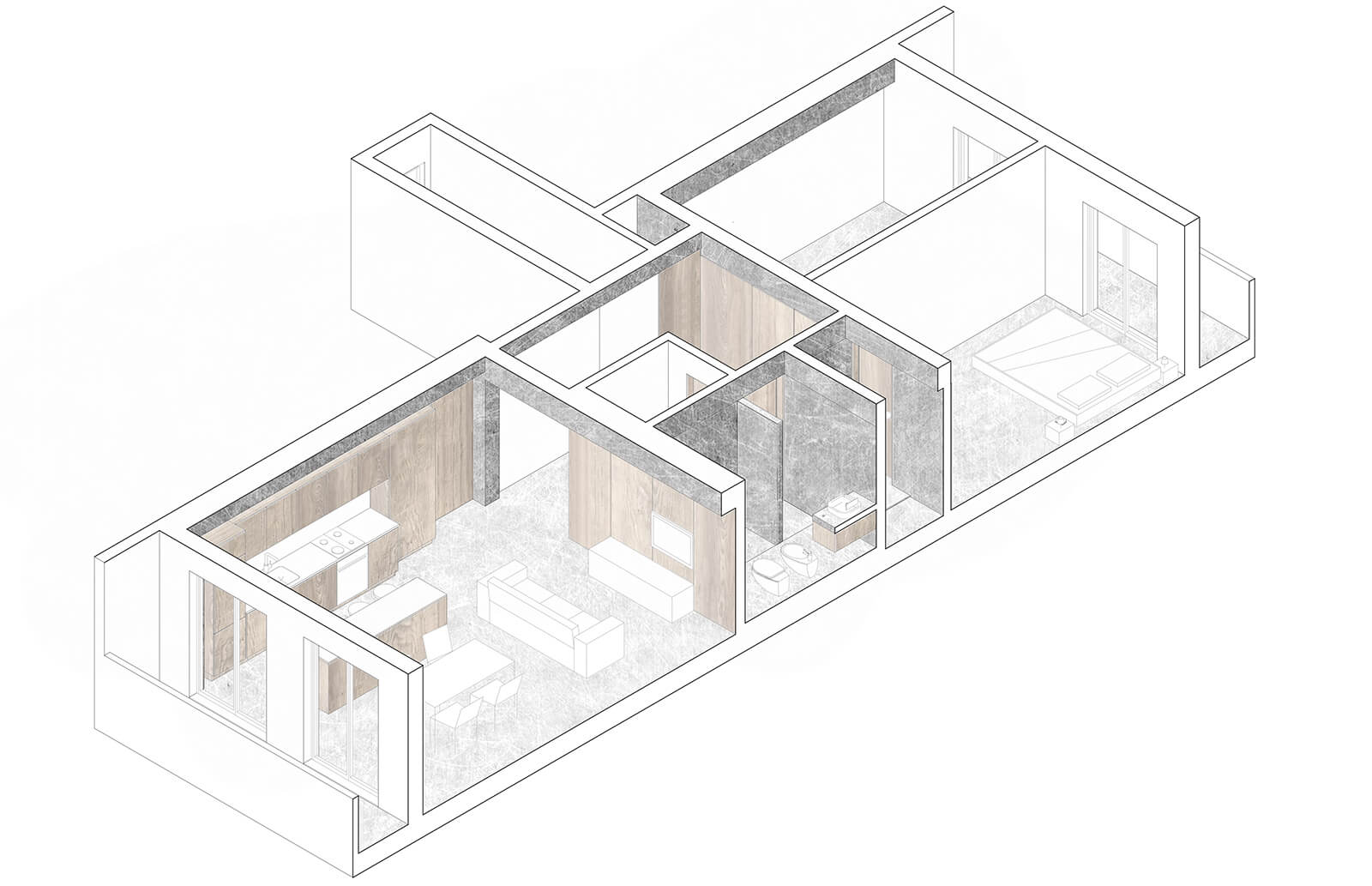 previous / next / all projects 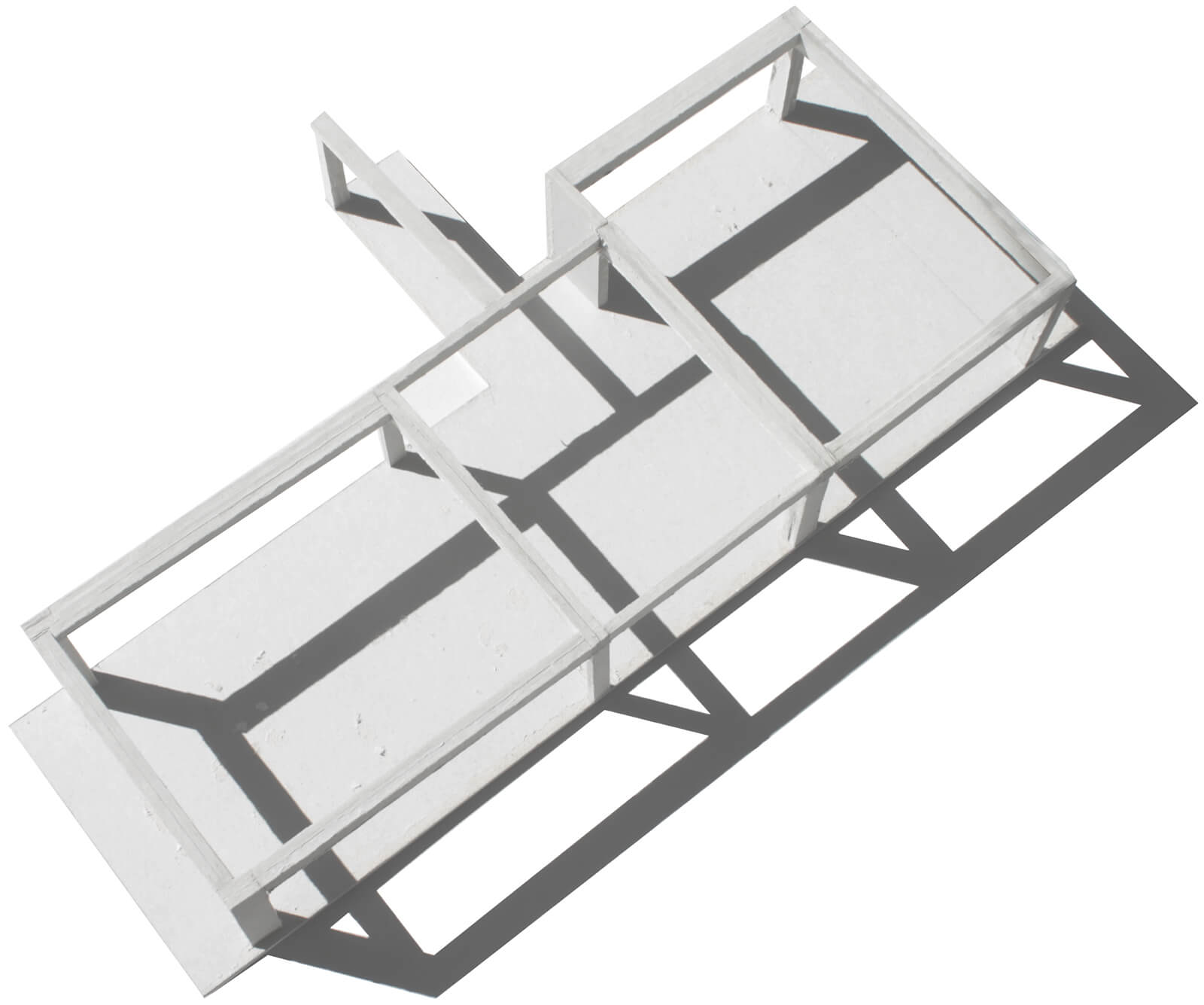